The theme of the series (five books published in Great Britain, in German, Polish and Hebrew) is expressed by Rudyard Kipling:
” . . . . but there is neither east nor west, border, nor breed, nor birth,
When two strong men stand face to face,
Tho they come from the ends of the earth.”
John Mung, a Japanese fisher boy, is rescued and adopted by American ship Captain Whittefield. With a Harvard education, Mung returns to 19th century Japan and becomes the bridge for western knowledge into that isolated island kingdom. John Whittefield, Mung’s adopted brother, becomes Commodore Perry’s liaison between the Japanese Emperor and the United States State Dept. John later becomes Secretary of the Navy. 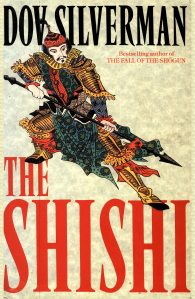